“The freedom to smoke ought to be understood as a significant token of the class of freedoms, and when it is threatened one should look instantly for what other controls are being tightened, for what other checks on freedom are being administered. The attitude of a society toward the freedom to smoke is a test of the way it understands the rights of people at large…” – Richard Klein 1993

“When most people’s natural fear of the new is supported by law, the law justifies the fear, thus institutionalising prejudice against anything new or different.” Peter McWilliams – Ain’t Nobody’s Business If You Do

Our website should not be seen to be promoting smoking. It is in fact in support of simultaneous proactiveness before daily improvisation and accomplishment of each capacity and should proceed without wasting time!

However we advocate that there should be no other condition than to deposit the cost of the price for a good of the market to consume it in the foreseeable way being excluded from which place and time. That people should be free to smoke without any interference from the law or the state.

Deciding on behalf of a single person on their action is interpreted undemocratically under the autocracy and the fascism this example introduces in premier. Moreover importantly regulation of the body by the brain has nothing to do with outer and external regulations for causing integral mobility and is comprehensible to cease as such cause.

Smoking can be pleasant or socially so or can be rest from the exhaustion having done manual labour or an antidote to certain similar conditions recommended for respiratory beneficial exercise. Under no circumstances are goods of the market characterised under the comprehensiveness as bad and broadly defamed. And under none should a peacefully and self-derived habit be projected as anti-social in its nature to counterbalance the unsociable scale of breaking the mutual convention and principle of cohabiting society in the same space. But these depictive conditions can be further explained from reading this website and its news on such stories.

“Adults should be free to choose which cigarettes they smoke. If some people continue to smoke in spite of all these factors, they should be free to do so. Adults in a free society should be allowed to make their own calculations of costs and benefits when it comes to what they put in their bodies, so long as they are not harming others.” – Guy Bentley of Reason Foundation

“If the WHO actually wants to help the world’s 1 billion smokers, it should stop telling them that they should ‘commit to quit.’ Instead, it should encourage them to find ways to quit smoking using any option that is substantially less harmful and enables them to remain abstinent. It’s time for the WHO to wake up and smell the vapor.” – Julian Morris of Reason Foundation – International Centre for Law & Economics

People should be free to smoke without interference from the state or law.

Scrap the Smoking Ban and keep it a free country! 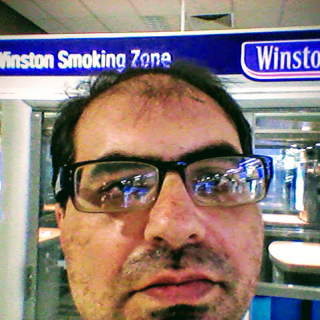